Ever since primary school Jess brought an Anastasia DVD from Woolworths, I have been obsessed with Russia. The fallen monarchy, Winter Palace, Russian dolls- even the Rasputin Cossack dance on that wii Just Dance game- I love it all. The problem is, as I’ve grown up, it’s proved quite a hard love to defend: Russia rigged the election, Russian doping scandal, Russia hates gays, whichever part of the internet you go to (unless it’s, like, Putin’s LinkedIn page) there’s at least one article which aligns with Reagan’s ‘Evil Empire’ view.

So this summer when my Russian friend offered me the chance to visit her hometown Izhevsk I was so excited to finally see whether the media was right.

It wasn’t. Now obviously I’m not denying Chechnya’s gay purge or the fact the government’s corrupt- we’ve all seen the Reggie Yates documentaries- but when we talk about Russia we seem to solely focus on demonising it, which is strange considering every country has flaws and when I visited I was amazed by how normal it felt. So here’s why I think we should go easier on the planet’s largest country:  END_OF_DOCUMENT_TOKEN_TO_BE_REPLACED

Like most young adults, I was hooked on Love Island, but while I was watching I couldn’t help thinking about its anti-feminist undertones and so I’ve finally compiled them all and I’m ready to ruin the world’s favourite show. Sorry in advance.

Diversity Fails: When will the media learn that adding one Black person doesn’t instantly make a show diverse. It’s 2017 and still blindingly obvious that the producers have gone ‘ooh looks a bit like a box of Jacob’s crackers at the moment – let’s add Marcel to prevent bad reviews.’ Usually critics of diversity say ‘well maybe the white heterosexual cis person was just the most qualified for the job’ but that doesn’t work here because you literally just need swimwear and a summer without plans to qualify for the show, which I’m sure many People of Colour, members of the LGBT+ community and those with different nationalities all had too.

The Frigid/Slag Divide: Jonny broke up with Camilla after four weeks because she hadn’t done more than kiss him. Seriously? Four weeks really isn’t that long and it sends such a strange message to girls watching the show who could start feeling pressure to washing machine after the first date in case their partner dumps them. Also, why are we placing the ‘frigid’ label on Cam when actually it could be Jonny’s fault – maybe all his dick went into his personality so there wasn’t much left down there for her to play with? The possibilities are endless. Then on the other end of the spectrum you’ve got an internet calling Amber a slag because she had sex a few times (and one of them involved the instant aphrodisiac of a captain’s hat so we can’t even blame her for that one). Ladies! We can all do this whole love thing at our own speeds. There is no morally right way – let’s drop the labels. END_OF_DOCUMENT_TOKEN_TO_BE_REPLACED

Wonder Woman, otherwise known as THE ONEder Woman, made me feel empowered af. I can’t even describe the mix of tears and happiness I had emerging from the cinema. I’ve never left feeling so good about myself and my capacity- and also so hopeful that other directors will learn from Patty Jenkins and take some tips from her about the male gaze and how to treat women in film. Here are some spoiler free reasons why I loved it so much:

Women fighting each other was one of those things that I never realised I needed to see until I saw it. Yes OITNB has some catfights, and- as long as said woman has a pixie cut- Game Of Thrones is in, but a full on female battle is something that I’m pretty sure has never been done on screen before. Well there’s probably like warrior porn out there if you looked hard enough but you know what mean. Normally women are considered too ladylike to fight, and if they do then the director gives them nothing but a really sexy blood stain in the shape of a dick on their forehead to show for it. This was refreshing af.

The guy stands up for WW when she’s catcalled. Okay it’s like a 10 second exchange but the fact the director acknowledged how women are treated in the real world and then, not only translated that into a film but also, showed what men can do to diffuse the situation is so important. Feminism isn’t always about women standing up for themselves independently, sometimes men will only listen to other men, so the fact Chris Pine confronts them is such an important step in educating men on how to help women in gross catcally situs. END_OF_DOCUMENT_TOKEN_TO_BE_REPLACED

Call yourself a feminist in the UK and, unless you’re chatting to Jeremy Corbyn (moment to appreciate 72% youth voting turnout!!) and the Spice Girls, you’re going to be met with at least some hostility. The most common criticism is that there’s legally nothing a man can do that a woman can’t, proving how we have gender equality aka you can shut up now love and get back in the kitchen instead. The key word of the opposition is legally. This argument reminds me of how when the Civil Rights Act was passed in America this was a de jure change, which meant segregation was illegal; however this couldn’t cause de facto change as socially people had become so accustomed to racism that no law could translate into their realities. In the UK, feminism isn’t needed to overcome sweeping legislative inequalities (from what I’m aware, but hit me up if I’m wrong) we need to focus on All The Small Things, Blink-182 style.

Often we view social changes as insignificant. Catcalling bothers you? Stop whining. You don’t like it when guys approach you in bars? Then start dressing like a homeless barrel. Want a career? Keep your legs closed. But humans are sociable creatures and so if our everyday lives are riddled with, put bluntly, people being shits, then it’s going to have a pretty big impact. I’ve compiled a list to show some of the ways my life would be different in a de facto feminist society.

I wouldn’t dumb myself down: I don’t even know how this happens. I just finished my International Baccalaureate exams, my IQ qualified me for Mensa and I’m 50,000 words into a novel- I’m a smart cookie. Why then do I feel compelled to let men mansplain words I already know or say stuff like *sharp intake of breath* *clutches cheeks* *Disney princess voice* ‘What book was Titanic based on?’ to make them laugh? Is masculinity so fragile that I round off the corners of my brain to make sure it doesn’t damage them? In feminist utopia, I’m shamelessly smart, full stop. END_OF_DOCUMENT_TOKEN_TO_BE_REPLACED

Last week I tweeted this. I then received a text from my friend, Maria- who’s also a blogger and food instagrammer– saying ‘you really perfected the blogging voice there. You sound nothing like real life. You never use the word ‘ladies’ and the fire emoji makes you cringe.’I realised I had adopted The Blogger Voice.

I don’t know if anyone else has noticed it, or if this is an appropriate way to define it but TBV seems to be when, in order to appeal to your audience, you use a different, less controversial, emoji-fied voice, that is ultimately fake af. It’s the voice that means YouTubers start their video with the strained, high-pitched hiiiii guysssss, or that forces beauty bloggers to looooove a lipstick when conversationally they’d be like ‘oh yeah Velvet Teddy, I’ve tried it, it’s pretty good’. Even when I skimmed Maria’s social media, it was flooded in a tone that sounded nothing like her irl (although hello to that sexy veggie jar). 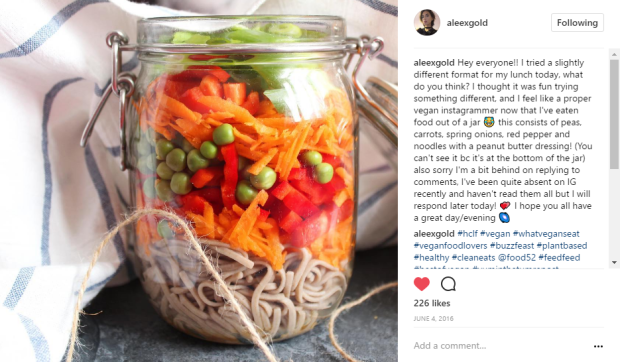 TBV’s influence extends further than voice- how flatlay accounts on instagram are now The Done Thing, or your blog name should be something like ‘your first name followed by your middle name.com’ or ‘random white girl noun and another white girl noun.co.uk.’ In my own tweet, Real Life Jess would say END_OF_DOCUMENT_TOKEN_TO_BE_REPLACED

I literally didn’t watch films (unless they were Disney) until I was 16, so over the past couple of years I’ve had a lot of chick flick catching up to do, one of these being Miss Congeniality- which, to freak you out a bit, was released in America when I was 20 months old. So. Weird. I’m literally a fetus I swear. It’s about a FBI agent, played by Sandra Bullock,  who has to go undercover in a beauty pageant in order to intersect some kind of terrorist thing, and ngl it’s actually better than I just made it sound, but it still gave me a full house in misogynist bingo. P.S. This contains spoilers.

There are two types of women: You’re rather smart and ugly or pretty and stupid. I know that by the end of the film Bullock is supposed to have demonstrated how you can actually be smart and pretty, but it’s a pretty (see what I’m doing here) weak attempt. The pageant girls lack any depth, which is just so unrealistic like out of 30 girls not all of them are going to be drips. I reckon maybe 10% maximum using the laws of probability. Being pretty/in a pageant/valuing your appearance doesn’t mean you lack all other elements of character, so basically the film created a problem that didn’t need to exist, and therefore Sandy B wouldn’t need to become some kind of Super Hot Wonder Woman-Einstein at the end if they’d just increased the pageant girls’ capacities in the first place.

We Laugh Because SanBul Can’t Do ‘Womanly Things’: Hahaha she doesn’t know the difference between a BeautyBlender and a Real Techniques Miracle Complexion Sponge, what an idiot! We’ve become so accustomed to always seeing women wearing full makeup and completely put together outfits from a vintage capsule wardrobe that it’s actually comic when women can’t live up to these standards. Someone make it stop, please. (Otherwise I’ll cry again like I do on my annual eyeliner attempt when I realise that though another year has passed my skills have not developed at all.) END_OF_DOCUMENT_TOKEN_TO_BE_REPLACED 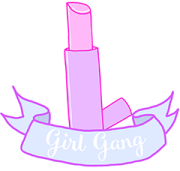 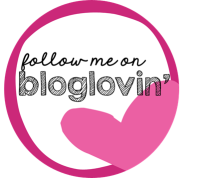 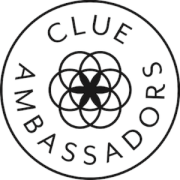